An Illusion of Democratic Political Economy 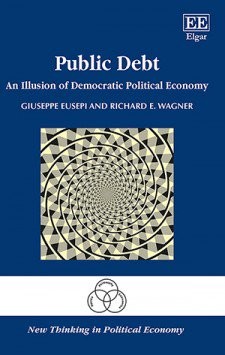 Over the past decades, economists have witnessed with growing uneasiness their failure to explain the ballooning of public debt in most countries. Using methodological individualism and microeconomics, this book overcomes flaws inherent in the standard macro approach, according to which governments manipulate public debt to promote systemic stability. This unique analysis is grounded in the writings of Antonio de Viti de Marco, injecting current analytical contributions and formulations into the framework to offer a forthright insight into public debt and political economy.

Public Debt provides an alternative orientation that explains why concepts of public debt that are relevant for authoritarian regimes are not relevant for democratic regimes. It examines public debt in cooperative and monopolistic democracies as well as the corrupting quality of public debt in democracy. Including topics such as macro guidance within a Machiavellian approach, public debt as systemic lying and as a shell game, economy as an ecology vs. economy as an engine, individual vs. group action and cooperative state as ideal type, this book is a unique and refreshing approach to the material.

This comprehensive and cohesive sourcebook will serve as a critical resource for academics interested in public debt and political economy.

Purchase your copy of the book at Edward Elgar or at Amazon.