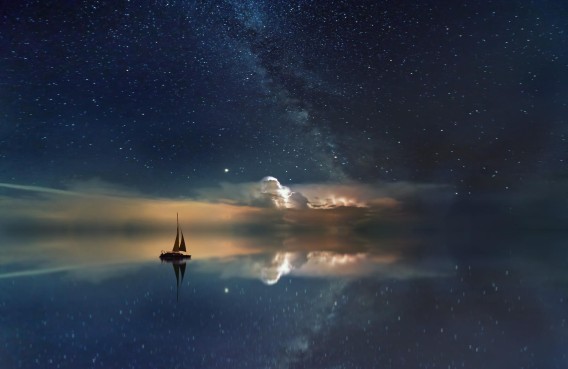 The hallmark of a great book is its ability to stand the test of time, for its lessons to apply across place and time, and for its underlying principles to resonate with future generations. On the occasion of the 100th anniversary of the publication of Ludwig von Mises’s Die Gemeinwirtschaft, translated as Socialism, it is important to ask why Socialism meets this intellectual standard, and how its relevance remains perennial.

It has been just over a generation since the collapse of communism in Eastern and Central Europe, and since then, other countries such as China and India have gradually moved away from central planning as the predominant basis for organizing economic production. Although the aspirations for socialism in practice may have died with the fall of the Berlin Wall in 1989, its theoretical aspirations have never been completely buried. In this regard, one of Mises’s earliest students in the United States, Richard Cournelle, warned that, although Mises may have always been right about the impossibility of rational economic calculation under socialism, an exclusive preoccupation among libertarians with this argument after the collapse of communism would render the case for liberalism irrelevant. As Cournelle states, “in spite of these disappointments, the belief in the propriety of the Marxian indictment of capitalism persists with remarkable intensity, certainly in the East and to a considerable extent everywhere. The Marxian prescription, or at least its economic ingredient, may be in disrepute, but Marx continues to control the social from his grave in Highgate” (1992, pp. 3-4). Thus, we “need now understand voluntary social process as completely as we understand market process, and libertarians could again show the way” (1992, p. 7), and it is Mises, who “knew that economics is the beginning of the inquiry into the nature and metabolism of human action and certainly not the end of it.”

Perhaps the way I am reframing Mises’s underlying thesis can be best understood in terms of the way Don Lavoie reframes Karl Marx’s Das Kapital in his classic account of the social calculation debate, Rivalry and Central Planning (1985). He writes: “Marx said little directly about the nature of socialism, but in Das Kapital he described its fundamental attributes over and over again by clarifying its antithesis. In many respects, where Das Kapital offers us a theoretical ‘photograph’ of capitalism, its ‘negative’ informs us about Marx’s view of socialism” (1985, p. 30). In similar fashion, I am suggesting here that, rather than placing Mises’s theoretical critique of socialism in the foreground of analysis, as it usually is, an alternative reading of Socialism is to place his account of the fundamental attributes of socialism (and its theoretical impossibility) in the background of analysis. From this standpoint, the richness of Socialism can be fully appreciated by placing his economic and sociological analysis of the nature and fundamental attributes of liberalism in the foreground. Understood in this respect, Mises’s Socialism is an account of liberalism understood by elaborating on its anthesis: socialism. Thus, Socialism can be best understood not only as an account of why rational economic calculation under socialism is impossible, per se. Rather, it is a broader theoretical account of what has become possible in terms of human progress as a result of private property under the rule of law becoming more secure over time. It is in this respect that Nobel Laureate Edmund Phelps has credited Mises as being “the originator of property rights theory” (emphasis original; 2013, p. 123).

My point here is neither to downplay the importance of Mises’s critique of socialism, nor to deny its continued relevance and applicability for the present day. As F.A. Hayek wrote in his foreword to the book, “most readers today will find that Socialism has more immediate application to contemporary events than it had when it first appeared in its English version just over forty years ago” (Hayek 1978 [1981], p. xxiv). Unfortunately, with the renewed calls for the possibility of socialism based on improvements in computational technology, as recently put forth by King and Petty’s The Rise of Technosocialism (2021)—a resurrection of what Oskar Lange (1967) had argued—the same remains true if Hayek had written his foreword today.2

Given the attention that has already been devoted to the problem of economic calculation by Mises’s proponents as well his opponents, my goal here, rather, is to redirect our attention to Mises’s rich understanding of the role that property rights play for human progress, not just economically, but also politically and socially. The evolution of private property rights under the rule of law forms the underlying basis encompassing the discussion throughout his book. Absent the rule of law, the allocation of resources will be dominated by competition for privileges by acquiring political status, rather than competition for property rights through voluntary contract. Private property rights, according to Mises, are crucial not only to understanding the role that economic calculation plays in coordinating social cooperation under the division of labor, but also to explaining the coevolutionary relationship between capitalism and democracy. “It was the rule of law,” Mises writes, “that brought about the marvelous achievements of modern capitalism and of its—as consistent Marxians would say—’superstructure’, democracy” ([1922] 1981, p. 521). “Hand in hand with the development of Capitalism,” Mises elaborates elsewhere, “go attempts to expel from the State all arbitrariness and all personal dependence” ([1922] 1981, p. 171). This coevolutionary relationship also undergirds the liberating effects of other social relationships, such as marriage. As Mises argues:

A great illustration of this quote above has been made by Jayme Lemke (2016) in the context of the 19th century within the United States, where the women’s suffrage movement was led by a bottom-up process at the state level, granting women economic rights as result of jurisdictional competition, and from which political enfranchisement followed as a by-product. Understanding property rights as a set of social relationships defining our expected ability to interact with other individuals, including the particular assignment of consequences of such action, as Mises does, transcends the distinction between economics and sociology, and allows us to understand the relationship between liberalism and democracy, property rights and economic calculation, marriage relations, etc.

The key to understanding how property rights undergirds all these topics is by elaborating on the distinction Mises draws between a “physical having” and a “social having” of resources (including to one’s labor), which corresponds to the distinction between the right to an object, and the right to an action (emphasis original; [1922] 1981, p. 30). Private ownership of the means of production does not entail that producers possess resources for their own purposes without taking into account the valuation of those resources by other individuals. Rather, if “[s]ociety is best served when the means of production are in the possession of those who know how to use them best” (Mises [1922] 1981, p. 66), then the nature of private property rights is to allow exchange to take place between those individuals in physical possession of resources with those who expect to be able to best use those resources at the service of other individuals, namely the entrepreneur, who bears the full consequences of their actions. The consequences of such action are revealed in the form of profit and losses after entrepreneurs have paid for such resources through buying and selling of land, labor and capital in the market process, hence incurring a social liability to utilize resources in a cost-effective manner. It is in this sense that a “physical having” of resources without a corresponding “social having” of resources implies the possession of privilege, and therefore a lack of social liability over resources. Thus, “the social function of private ownership in the means of production is to put the goods into the hands of those who know best how to use them, into the hands, that is, of the most expert managers. Nothing therefore is more foreign to the essence of property than special privileges for special property and protection for special producers” (emphasis added; Mises [1922] 1981, p. 277), who are excluded from the full costs of their decision making.

Rather than private property being an anti-social institution and the basis for an atomistic society, it is the most social of all institutions, since it allows individuals, regardless of their race, creed, or gender, the opportunity to learn and harness their creative abilities in social interaction with one another for the betterment of each other. The nature of competition in the market process is cooperative, since rival producers compete against each other to serve the infinite demands of consumers. As Mises elaborates, the “greater productivity of work under the division of labour is a unifying influence. It leads men to regard each other as comrades in a joint struggle for welfare, rather than as competitors in a struggle for existence. It makes friends out of enemies, peace out of war, society out of individuals” ([1922] 1981, p. 261).

Herein lies that symbiotic nature of the positive case against socialism and the positive case for liberalism: private property establishes the preconditions for market pricing, the communicative cord connecting producers and consumers in an ever-expanding scope of productive specialization and social cooperation under division of labor, such that “it turns the independent individual into a dependent social being”, but never at the mercy of any privileged group of individuals (Mises [1922] 1981, p. 270; see also Schmidtz 2016, p. 211)3. Therefore, the very slogan of “economic democracy” propagated by socialism masks the inherently anti-social and undemocratic nature of socialism, which rests on the fact that it not only depends on granting privilege, which is the negation of private property, but also that such privilege is concentrated in the hands of central planners, who dictate the allocation according to their whims, not the demands of individuals throughout society. Whereas the case for liberalism depends on a particular set of institutional conditions necessary to live up to the demands of humanity, the failure of socialism rests on the fact that “the Utopian socialist is obligated to make demands on men which are diametrically opposed to nature” (Mises [1922] 1981, p. 408).