Exploring the Social and Political Economy of Alexis de Tocqueville

Originally published in Mercatus Studies in Political and Social Economy 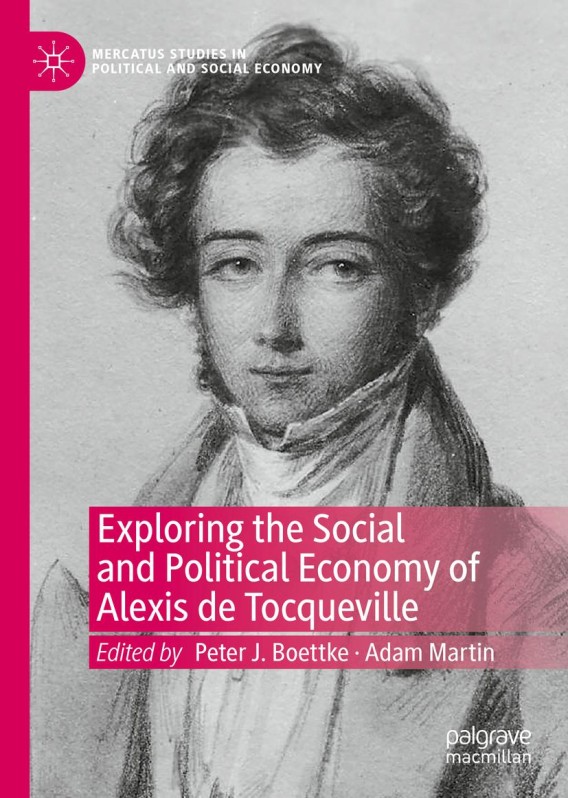 Alexis de Tocqueville’s work touched upon an exceptionally broad range of social scientific disciplines, from economics to religion, and from education to international affairs. His work consistently appeals to scholars dismayed by existing disciplinary silos. Tocqueville is also well-regarded for diagnosing both the promise and perils of democratic life. Consideration of his ideas provokes serious consideration of and engagement with contemporary trends as citizens in democratic countries cope with challenges posed by new technological, cultural, and political changes. However, attention to Tocqueville is uneven across disciplines, with political theorists paying him the most heed and economists the least. This volume focuses on political economy, trying to bridge this divide.

This book collects essays by emerging scholars from a variety of disciplines—political science, economics, sociology, philosophy, and social thought—to examine Tocqueville’s thoughts on political and social economy and its contemporary relevance. The book is divided into two halves. The first half engages with the main currents of research on Tocqueville’s own thoughts regarding economic institutions, constitutionalism, liberalism, history, and education. The second half applies Tocqueville’s insights to diverse contemporary topics including international relations, citizenship, mass incarceration, and pedagogy. This volume will be of interest to scholars and students interested in Tocqueville, the history of political thought, and a variety of current policy issues.

Read more and purchase the book at Palgrave.

Alexis de Tocqueville is known as an advocate for local governance. He has seen the negative consequences of centralization in

Democracy in the Age of Mass Incarceration

The country that served as Tocqueville's model for democracy and freedom is now the world's largest captor. Since 1980, a

Tocqueville (2000) found the source of the liberty, prosperity, and order he obseved in America in the mores of the American