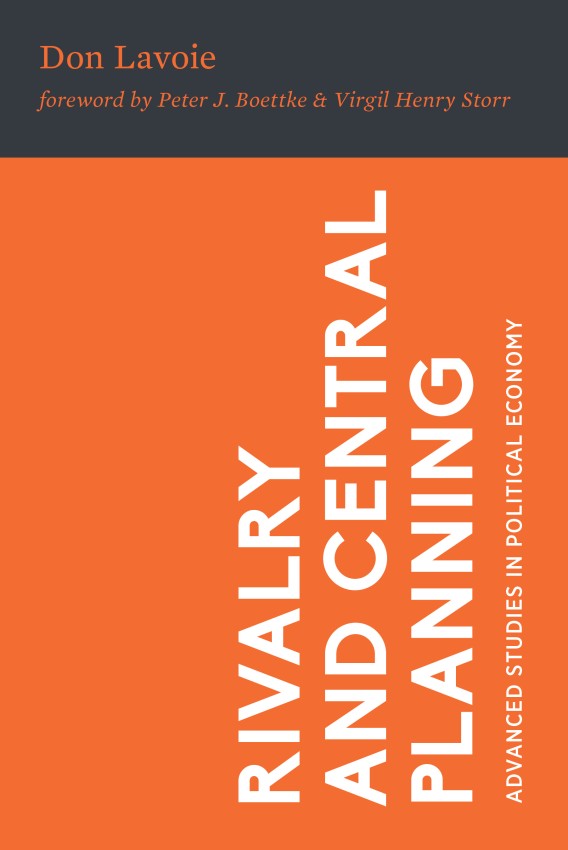 This study represents a serious challenge to conventional thinking in contemporary comparative systems, and the economics of socialism. It disputes the commonly accepted view of both the nature of the 'socialist calculation debate' of the 1930s and the lessons to be derived from it. Whereas many socialist and capitalist participants to the debate tended to talk in polar terms of central planning versus the market, the chief result of the whole controversy has been that the Neoclassical 'market-socialist' position is usually taken to represent a successful synthesis of planning with markets, a synthesis which almost completely dominates contemporary work in comparative economic systems. Don Lavoie argues in fact that the famous debate has been largely misunderstood. His revisionist interpretation argues that it can no longer be viewed as a dated battle between extreme positions that have now become comfortably reconciled. Rather, the lesson is that planning and markets are fundamentally alternative co-ordination mechanisms and that the attempt to combine them tends to subvert the operation of each.

“The important role that Rivalry and Central Planning plays in explicating the study of market process theory cannot be overstated. In addressing the central debate in economic theory and philosophy of the 20th century—capitalism versus socialism—Don Lavoie details how the dynamic and competitive market process works and highlights the deficiencies of socialist planning in ways that the textbook model of the perfectly competitive economy fails to do. When I was the director of the Center for the Study of Market Processes (now the Mercatus Center), I considered Don’s work critical in our efforts to enlighten and educate students and scholars alike in the study of the competitive market process, the failures of socialism, and the frustrations of government interventionism; and I am thrilled to see a fresh publication of this book and consider it a testament to Don’s legacy as a scholar and a teacher.”

—Richard Fink, Founder and former Director of the Center for the Study of Market Processes

“When it was first published in 1985, Don Lavoie’s revisionist account of the socialist calculation debate immediately became a seminal document in the Austrian revival. The book not only demonstrates the flaws of central planning but also shows why so many economists, in thrall to equilibrium theorizing, missed the essential points of the Austrian critique. The Mercatus Center’s reissuing of this important book is very welcome indeed.”

—Bruce Caldwell, Director of the Center for the History of Political Economy at Duke University

“Rivalry and Central Planning was an important book when it was first published in 1985, and 30 years later it is still well worth scholarly attention. As the first detailed examination of the economic calculation debate from an Austrian perspective, Lavoie not only demonstrated the shortcomings of the socialist position but also provided a critique of much of mainstream economic theory. His emphasis on the central importance of rivalry among competitors captured the central feature of a market economy that leads to innovation and economic growth. It is a classic, and I am delighted that this book will now once again be in print for a new generation of economists.”

—Karen Vaughn, author of Austrian Economics in America: The Migration of a Tradition

Read the foreword to the Mercatus Center Edition.

Buy the book at Amazon or on Kindle.

How Don Lavoie Changed the Debate about Socialism and Central Planning

In the height of the Cold War, George Mason University economist Don Lavoie published 2 books, Rivalry and Central Planning: The 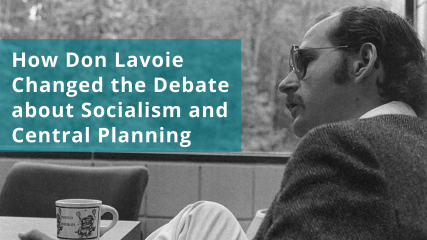 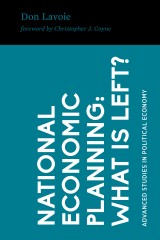 The Advanced Studies in Political Economy series consists of republished as well as newly commissioned work that seeks to understand the underpinnings of a free society through the foundations of the Austrian, Virginia, and Bloomington schools of political economy. Through this series, the Mercatus Center at George Mason University aims to further the exploration of and discussion on the dynamics of social change by making this research available to students and scholars.